Maggie Darby Townsend (cello) received her Bachelor Degree in Music from the University of Iowa in 2002 as a student of Charles Wendt. In 2004, she finished her Masters of Music with Uri Vardi at the University of Wisconsin-Madison.  Over the years, she has attended music festivals such as Madeline Island, Aspen, and Musicorda, and in 2001 performed the Saint-Saens Cello Concerto No. 1 with the Dubuque Symphony Orchestra.   She has been enjoying playing with the Madison Symphony Orchestra since 2002, teaching private lessons, and working at the Institute for Research on Poverty at the UW-Madison.

Kathryn Taylor (violin) is a violinist and the music librarian for the Madison Symphony Orchestra, and is on the faculty of Suzuki Strings of Madison.  She received a Bachelor of Music degree from the University of Wyoming, a Master of Library Science degree from Western Michigan University, and did further graduate work in music at Michigan State University.  Kathryn’s previous orchestra memberships have included the Kalamazoo Symphony, Lansing Symphony and Lake Forest Symphony.  She derives her musical inspiration from hearing live performances of the Berlin and Vienna Philharmonic orchestras.  In May, 2012, Kathryn was invited by the Berlin Philharmonic from a worldwide pool of 600 applicants to perform in an orchestra under the direction of Sir Simon Rattle.  The concert was played to a full house in the Berlin Philharmonic’s concert hall, the Philharmonie.

Derek Handley (cello) holds a Bachelor of Music degree from University of Southern California (2006), where he studied with the late Eleanore Schoenfeld, and a Masters of Music from Northwestern University (2012), studying under Hans Jorgen Jensen there.  He has held previous orchestral positions in the Peoria Symphony Orchestra (Assoc Principal) and Heartland Festival Orchestra among others.  He currently plays in the Madison Symphony, Rockford Symphony, is Principal Cello for the Oistrakh Symphony of Chicago, and subs with the Wisconsin Chamber Orchestra. Derek moved to Madison in 2014 from the Chicago area with his wife Natalie, and they are embracing the new community.

Dan Lyons (piano) Holding piano performance degrees from DePaul University and a doctoral performance degree from UW-Madison, Daniel Lyons has performed in solo, chamber and concerto performances throughout the Midwest.  His teachers include Dmitry Paperno, Howard Karp and Mary Sauer.  While completing his doctoral program, he researched and performed piano compositions of Russian composer Rodion Shchedrin.  He was also the founder of Madison Academy of Music, a private music studio in Madison that provides private instrumental instruction along with one of the country’s largest and most successful Kindermusik programs.  In addition to maintaining a private teaching studio, he serves on the faculty of the UW-Whitewater Summer Piano Clinic and continues to perform as a soloist and accompanist.  He lives in Madison with his wife, Monica, and three children, Kenny, Tatiana and Alexander. 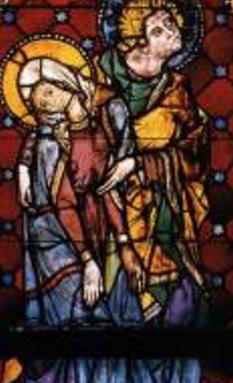 Janse Vincent (viola) is a member of the Madison Symphony Orchestra and Wisconisn Chamber Orchestra. She also teaches with the Suzuki Strings of Madison and freelances in the area. After completing her undergraduate studies at Furman University, she earned a Master’s degree in viola performance from Northwestern University studying with Peter Slowik and a D.M.A. in viola performance and pedagogy from The University of Iowa studying with William Preucil, Sr. Janse has taught on the faculties of the Preucil School of Music in Iowa City and the Cincinnati String Academy in Wyoming, Ohio. Other orchestra associations include the Dayton Philharmonic, Cedar Rapids Symphony, Chicago String Ensemble and Gainesville Chamber Orchestra.

Robert Taylor (clarinet) received his Master’s degree in music performance from Michigan State University and a Bachelor’s degree in music from the University of Wyoming. He has performed with the Wisconsin Chamber Orchestra, Madison Symphony Orchestra, Children’s Theater of Madison, the Madison Savoyards, and in ensembles and as a soloist for the First Unitarian Society’s “Music for a Summer Evening” series. He has also performed with various orchestras in the Detroit and Chicago areas. Robert has been a performing participant for the Amici della Musica master classes with Karl Leister in Florence, Italy.  In May, 2012, Robert was invited by the Berlin Philharmonic from a worldwide pool of 600 applicants to perform in an orchestra under the direction of Sir Simon Rattle.  The concert was played to a full house in the Berlin Philharmonic’s concert hall, the Philharmonie.

The group’s mission states: We, the members of con   vivo!, strive to perform the classical chamber music repertoire to the highest artistic standards. By presenting affordable, informative, and entertaining concerts, we wish to enrich, enhance, and expand the cultural and fine arts community of south-central Wisconsin.

above photos by Katrin Talbot